Keeling is a fascinating small factory that was only positively  identified in the late 1990’s. The wares are often in the Chinese Export style, of which the best known manufacturer is Newhall.
In the 1970’s was given the placeholder ‘Factory X’ name until it could be attributed to a known manufacturer. Alongside it were two other Newhall-type manufacturers, Factory ‘Y’ and ‘Z’.

Anthony Keeling (1738-1815) was a Tunstall, Staffordshire, potter. He married Ann, the daughter of well-known potter Enoch Booth, and built the original Phoenix Works in Tunstall. His earlier wares are recorded as being Queensware, Black Basalt,  but not porcelain. He had, however been a part of the partnership of Hollins, Warburton & Co, who had purchased the rights to make hard-paste porcelain from Champion of Bristol in 1781; however, he was once of the disgruntled members who withdrew. By 1792, when he is recorded at Hanley, Staffordshire, Porcelain manufacturing is in full swing. Records from the Wedgwood Archives reveal he was buying his raw materials from Wedgwood – the China Clay and China Stone necessary for a hard-paste porcelain mix.

Production period can be defined as beginning circa 1784, at Tunstall, and ending circa 1807 in Hanley.

The highest patten number recorded is 426, and over 300 patterns have been discovered, with around half having a pattern number associated.

There is one definitive book on the subject for further reading: 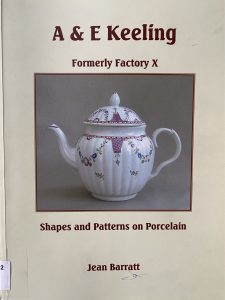 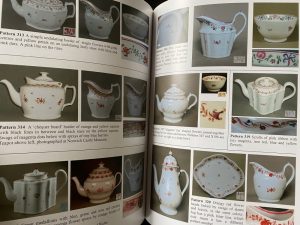