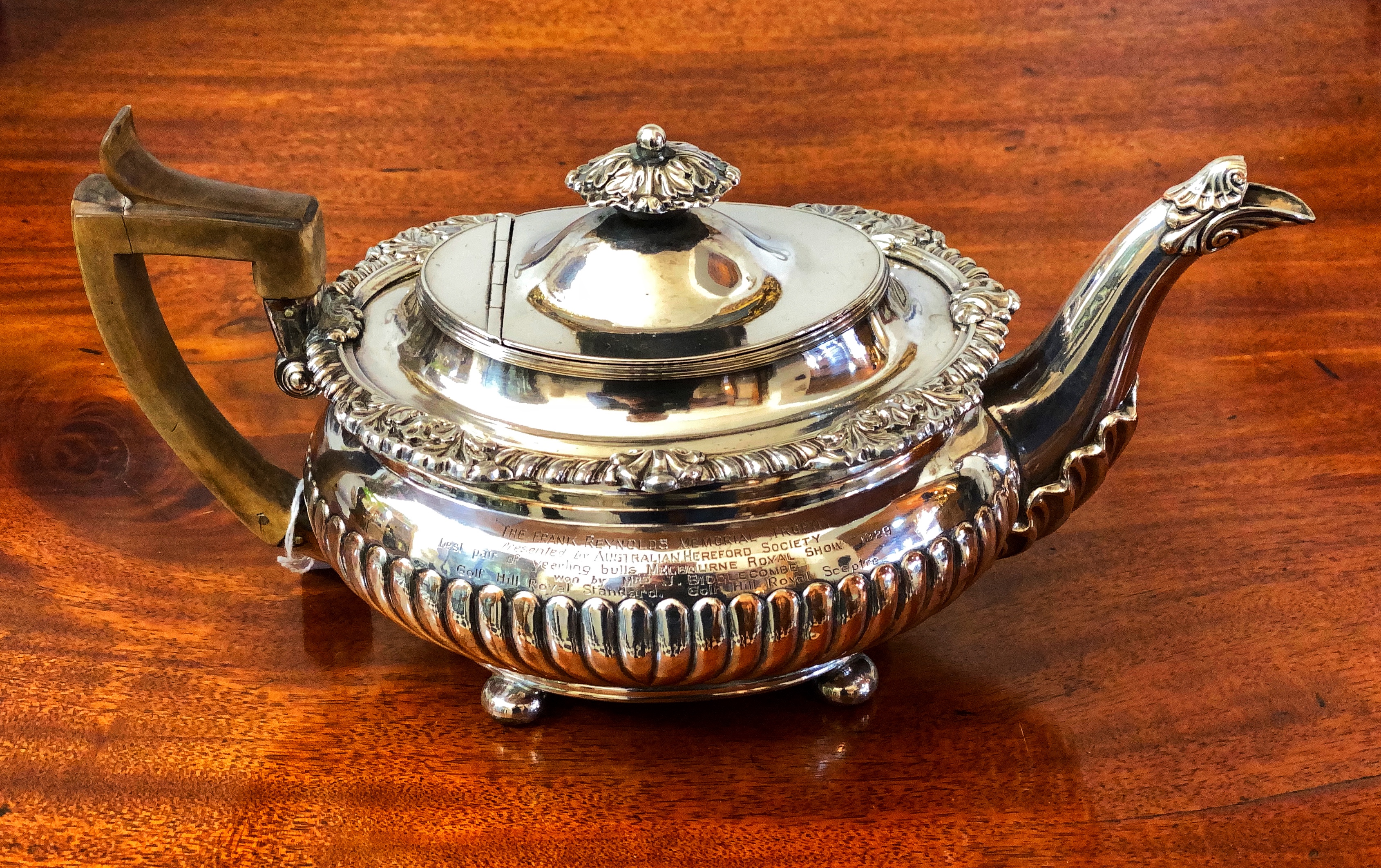 Re-purposed in 1929 as a cattle Trophy Prize for the Royal Melbourne Show, inscribed as follows;

There is no product to show

Mrs Janet Biddlecombe (1867-1954) was the daughter of George Russell, the well known settler who was one of the earliest in Victoria, claiming his ‘squat’ at Shelford (just north of Geelong) in 1836 and naming it ‘Golf Hill’. She was a private person who refused to let her gifts to charity be published – but was clearly a great patron of many things. In the last year of her life, she donated the contents of the historic ‘Golf Hill’ to the National Gallery of Victoria, and also many items to the Geelong Art Gallery. (An auction to clear the remainder was held in 1955, attended by a very young John Rosenberg!)

Janet Biddlecombe was the youngest daughter of eight children, and when the property passed to a brother who proved incapable of maintaining it, she was able to assume control. She married several years later, to an English born Navy officer; they had no children. After his death in 1929, she continued to run the station, and attained the highest standards with her livestock. At the Royal Melbourne Show & the Royal Easter Show, Sydney, she consistently won every prize in her division – including this lovely teapot, repurposed from a 100 year old English piece for the purpose. Interestingly, the teapot was made in England at about the same time her father came to Port Phillip as one of the first settlers….

See this piece of local history on our website here >>