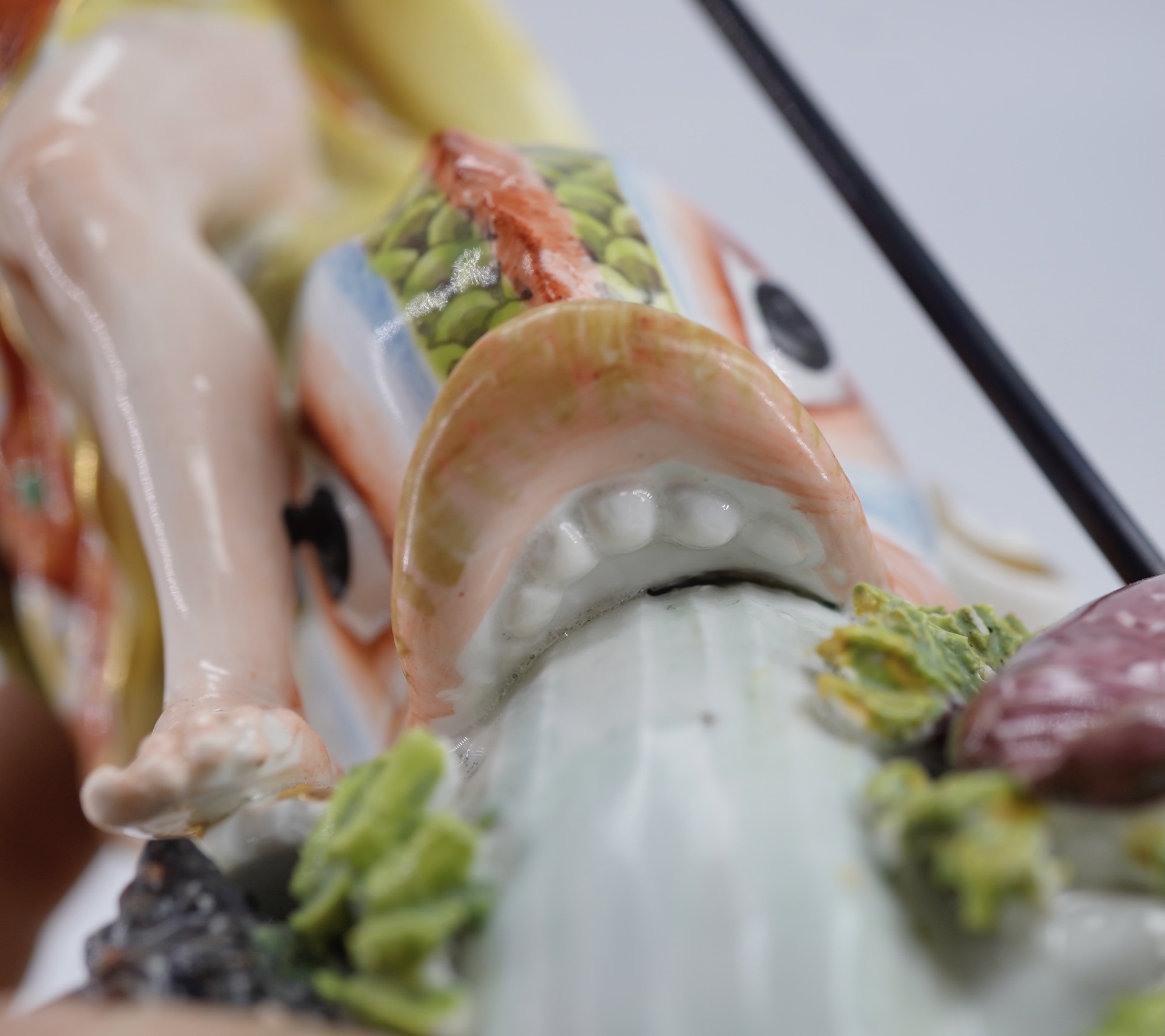 Flamboyant Derby figure of Neptune, depicted with trident in hand beside a large dolphin, from whose mouth flows a cascade of water down the high mound of ‘seaweed’ they stand on, with regularly placed seashells, the whole brightly yet naturalistically coloured.
Inscribed ‘No. 299’ (model number)
also ‘X’ and ‘1’, small iron red ‘,’
Circa 1760

There are several versions of this figure in the 1770’s figure lists, which is a re-model of one found in the earliest Derby ‘dry-edged’ grip of figures, circa 1752. This was adapted from a 17th century bronze by Michel Anguier (1612-86), a Paris sculptor who studied under Bernini in Rome. While that figure has a ‘hipocamp’ or sea-horse next to him, the Derby sculptor used a rather quirky dolphin. This is entirely appropriate for the depiction of Neptune, as the dolphin represents his faithful dolphin, who found & brought him his wife, Amphitrite.

Sold - let us find you another