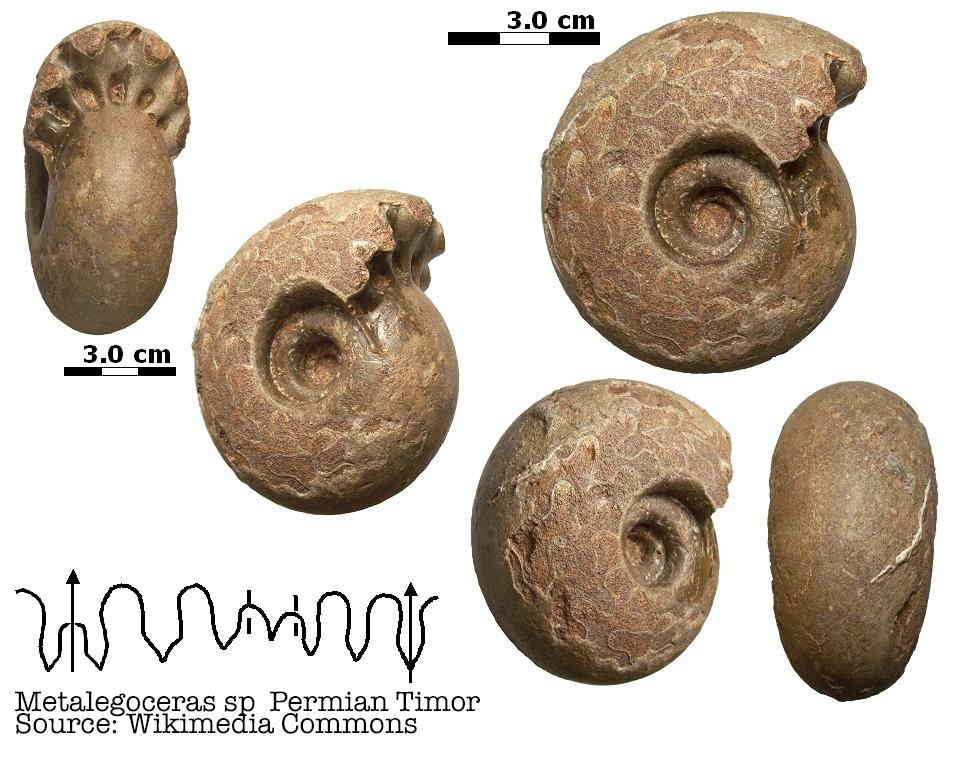 Polished, with few septa visible, the interior exposed as a large mass of crystals.

Ammonites are a large ancient class of molluscs which are now extinct, although they share characteristics with a distant relative, the modern Nautilus.

They were a squid-like creature with a soft body that doesn’t survive as a fossil. They had a coiled shell with internal chambers; these operated like the tanks on a submarine; by keeping them empty, buoyancy was achieved; by flooding them, the creature could sink. These are ‘septa’, and the outlines of each chamber are often clearly fossilized. These are unique to each species, and allow identification of specimens.

They were common & widespread in the early oceans, and appear globally in the fossil records of the Permian to the Cretaceous Periods. Because of this wide-spread distribution, specific species were used to date the spread of geological landscapes of contemporary nature.

Metalegoceras sp. was a smaller sized ammonite, averaging 2-5cm, but with larger specimens being recorded. The species has been found in the Permian of Australia, Canada, China, East Timor, Indonesia, Kazakhstan, Malaysia, Oman, Russia and United States.