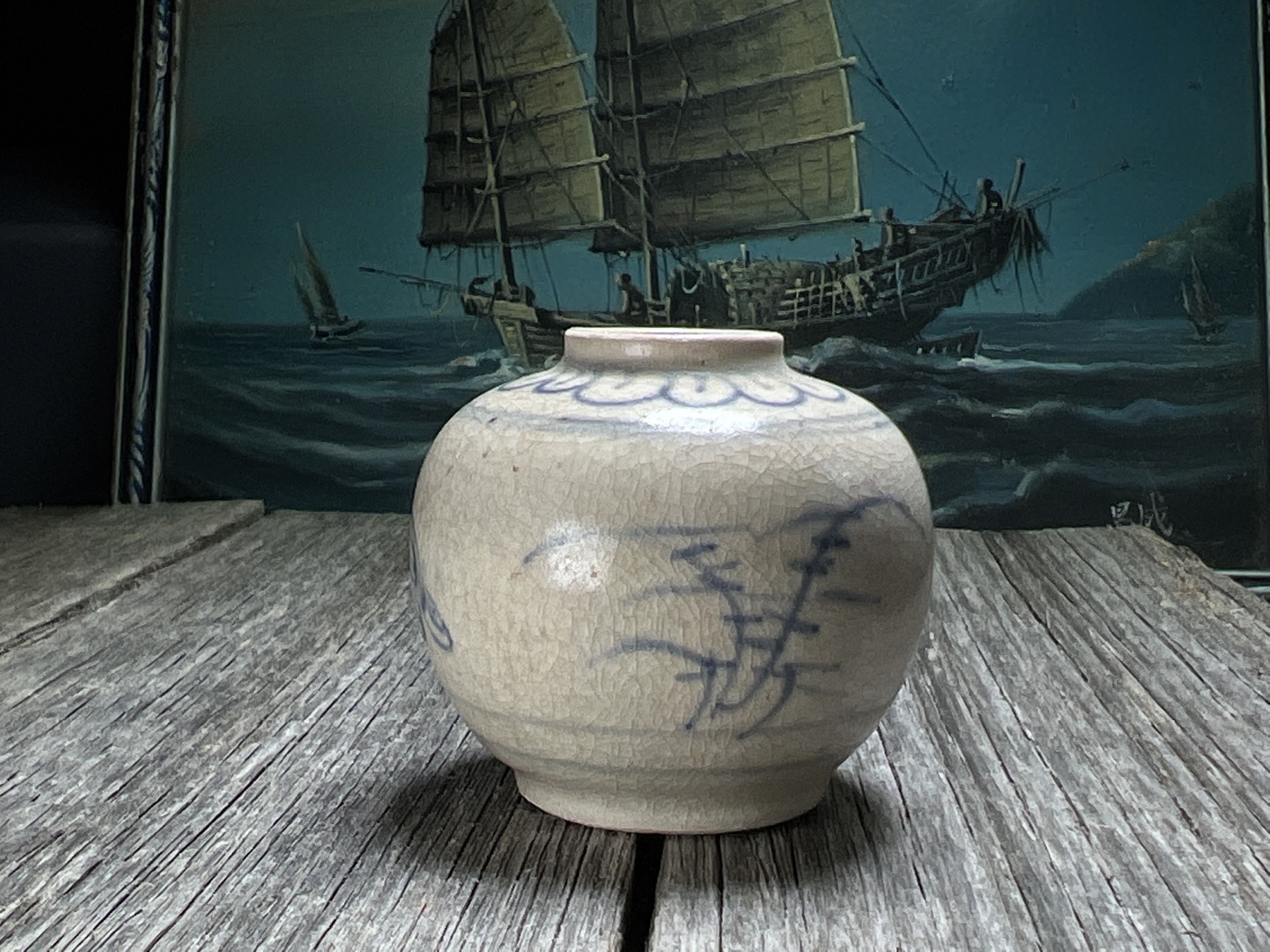 Condition: obvious signs of being underwater, but quite good despite its 500 year ordeal.

This wreck was discovered by fishermen in the late 1990’s, offshore from the Vietnamese ‘World Heritage’ town of Hoi An. The wares were made at Chu Dau, near Hanoi, where an excavated kiln site of the period matches the shipwreck finds exactly. The ship is believed to have been wrecked in the 1480’s, and was on its way to South-East Asian markets. The recovered goods were surveyed by the Oxford University Archaeological unit, recovered, conserved, and sold in the US in 2001.