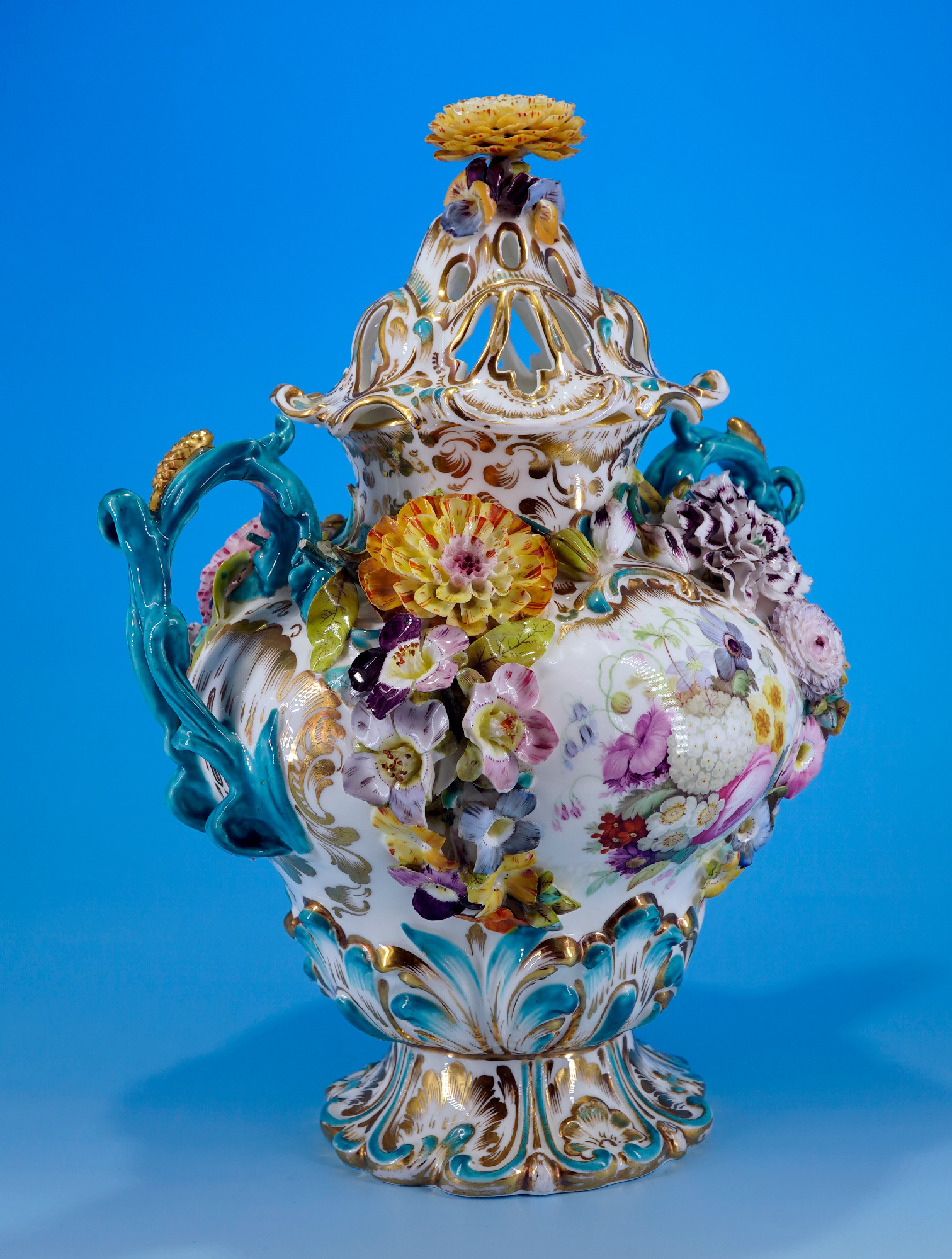 Large & Impressive Coalport / Coalbrookdale potpurri vase, of pear shape with elaborately pierced cover & spreading foot, the handles to either side modelled as bulrushes, painted with panels of flowers to either side encased with applied realistically modelled & coloured flowers, with another group as the knop.
Unmarked,
circa 1830

Condition: minor losses to some petals, foot with break & re-stick evident underneath, the flower on top with old staple repair.

Exhibition label for ‘Fired with Enthusiasm’, 50th Anniversary Exhibition / Ceramic Collector’s Society, Sydney, held in 1999. It was no. 243 in the catalogue – as ‘probably Coalport, circa 1835’.

ref. Bushnell 2006 ‘Coalport Coalbrookdale’ , #44 for an example.
In the original factory design book, it is described as ‘New Poperee, Raised Flowers’ (2nd book, design 16). It cost the high price of 3 guineas – £3.15, a reflection of the effort & skill it required.
Coalbrookdale was a name Coalport used for their flower encrusted line of decorative items. It is actually a village a few miles away, which has nothing to do with porcelain production…
The encrusted style is thought to have started production in 1827, and petered out as the fashion for it waned in around 1845.