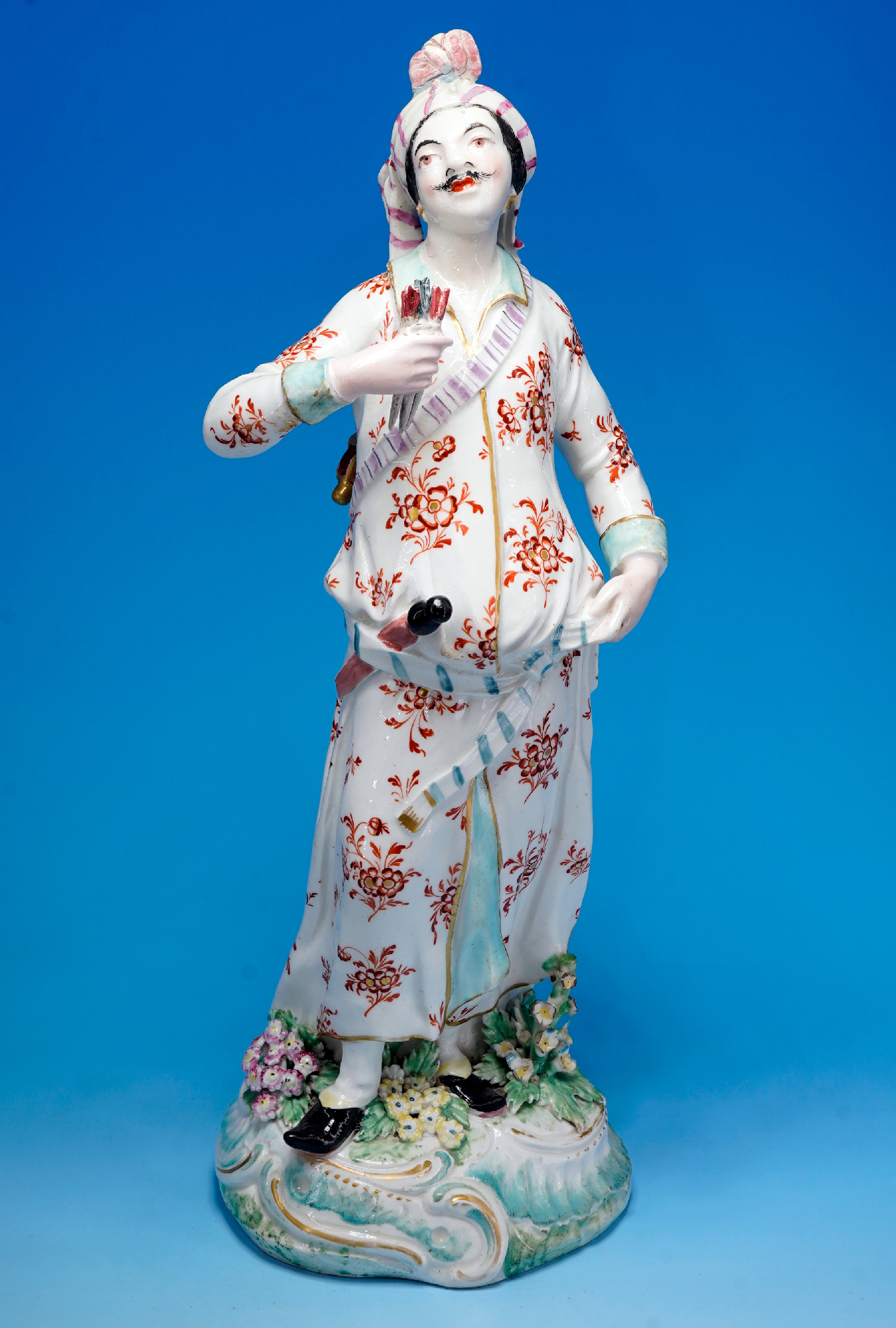 Large Derby figure of an ‘Abyssinian Archer’ –  although a white-skin version – modelled standing on a low scroll moulded base, dressed in flower decorated white robes with bow behind his back, several arrows in his hand, a turban on his head & a magnificent moustache on his very pale face.

Condition: restorations to arrows & hand, and feather on turban.

ref. Bradshaw p109, figure E37 in Bradshaw -for the usual version with black skin, paired with a female companion. In his notes he records a ‘white-skinned version of Archer, with Thorn Antiques’.

It is tempting to think this could be the same one.