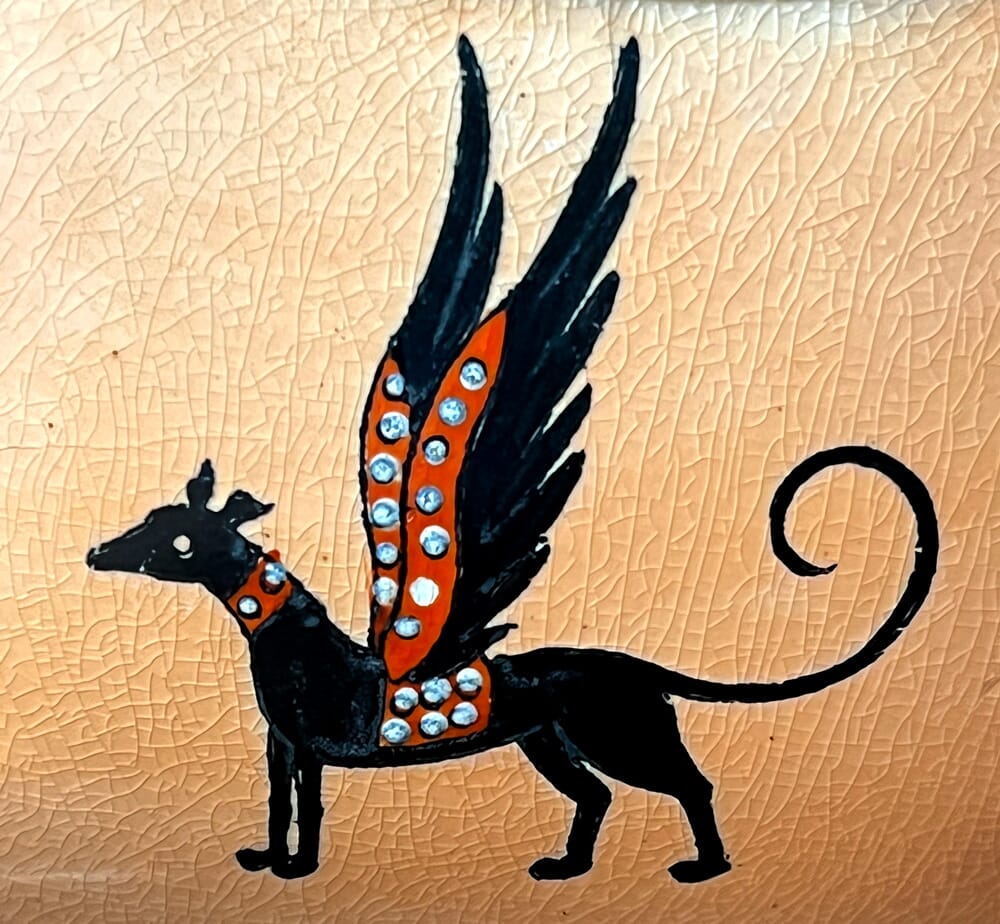 Fresh on Moorabool.com – a collection of Greek Revival ceramics from Victorian England.
Our Western society was based on the Classical past, and this is very obvious when we examine the objects and designs favoured by the later Georgians & the Victorians. While the frivolity of the Rococo commanded attention in the mid-18th century, the ‘swing of the pendulum’ changed the fashion by the end of the century to the polar opposite. The complex organic form of rococo scrolls are swept away, and are replaced by direct copies of the ancient ‘ideal’ designs of the Greeks & Romans. Across all aspects of Art & Architecture, classicism dominated the designs produced from the 1790’s well into the early Victorian period of the mid 19th century and beyond.
In this timespan, some fascinating ceramics were produced – with interesting examples in the collection we are offering today.

John Flaxman (British, 1755–1826) is the most famous of the ‘Neoclassical’ designers of Britain in the latter 18th-early 19th century. This was the period of great change in the visual arts, with the re-discovery of the ‘perfection’ of ancient Greek & Roman design, stimulated by the emerging ruins of Pompeii and Herculaneum. The British had secured the fabulous sculpture from the Acropolis in Athens, and installed it in the purpose-build chamber in the new British Museum. Flaxman created designs inspired by these sources, and they were endlessly published and used for countless architectural, decorative, and industrial designs. The classical literature such as ‘The Iliad’ and ‘The Odyssey’ were illustrated with engravings of their story, often directly copied from ancient Greek vases. Ceramics were a natural medium for re-creating the Classical Past, as hundreds of ancient Greek pots covered in painted scenes that were being extracted from tombs intact and admired by the intellectual Europeans.

In order to make these rare pieces accessible to everyone (and not just the wealthy & museums) copies were created, which we now label as ‘Grand Tour’ pieces – often brought back from Greece & Rome by the travellers of Georgian England. In England, the existing ceramic producers set out to create their own interpretations of this latest taste, with mixed results. Flaxman set out on his long career as a designer in 1775 working for Josiah Wedgwood, where he created very faithful versions of the ancient designs – and the many ‘classic’ Wedgwood blue jasper designs we associate with the name ‘Wedgwood’ today were by him. These Wedgwood designs were the pinnacle of taste for display on the mantelpiece in polite society drawing rooms, and reflected the perceived intellectual understanding of the classical past by their owners. The scenes had titles, and were illustrations of the Greek & Roman stories taught to any offspring of the wealthy.

However…. in time, the fashion permeated all levels of society, and rather than the intellectual pursuit of the elite, the classical designs came to be appreciated by ‘the masses’. The designs were curious links to the distant past – and the story-telling aspect of the scenes no longer became the focus, as the audience was not the intellectual scholar demanding accurate ‘Homeresqe’ details, but someone looking for a pleasing design for their teaset. This was the age of mass production, and the hundreds of small and large ceramic factories of Stoke-on-Trent and other manufacturing hubs produced endless variety of ‘Greek’ wares.

This fascinating pattern is titled ‘Herculaneum’ – refering of course to the Roman town covered in ash and hot mud by the eruption of Mount Vesuvius in 79 AD. However, the designs are not Roman, but Greek. It illustrates the blurring of the Classical World that the Victorians perpetrated.
Copeland & Garrett was a partnership in Staffordshire which began in 1833, and ended in 1847. (having taken over Spode in 1833, and using the mark ‘Late Spode’ – while post-1847 it is just ‘Copeland & Sons’ – with the Spode name only being revived again for production in 1970)

This pair of Copeland & Garrett covered pots below are large examples of the ‘Greek Revival’ style, bearing some quirky figures of vaguely Roman style, repeating patterns taken from Greek 5th century BC ‘Black Figure’ ceramics, and using a printed outline which was then filled in with enamels. They also imitated the Greek added decoration, where white would be added over the top to define details. The result is certainly eye-catching – although nothing like anything the Greeks would have made. The ‘winged dog’ featured at the top of the page is a Whippet, given wings!

The marks on this pair of covered jars allow us to date them quite precisely – while the ‘Copeland’ mark appears on three pieces, there is also the mark of the earlier partnership on one lid, ‘Copeland & Garrett’. This partnership – and mark – changed in 1847, meaning the pieces must have been made after this name-change, but not too long as there was one piece still waiting to be decorated in the workshop storehouse – the lid.
Circa 1848 is the most probable date.

The ‘New Blanche’ was the name they gave to their white earthenware body, although it is not often seen marked like this.

Another trend in ceramics was to imitate the ‘Red Figure’ wares of Greece dating to the 4th century BC. These involved a black ground with the figures reserved to show the body colour through. The majority of pieces we see are from the firm of F & R Pratt. This firm had been printing on ceramics since the early Victorian period (c. 1847), and became especially famous for embracing the newly developed method of printing several separate colours onto one piece to provide full-colour ‘painterly’ decoration. Most famous of these wares are the ‘pot-lids’ – basically colourful throw-away containers made for various products such as ‘fish paste’ and ‘bear grease’.

In the 1880s, they started creating Classical printed designs faithful to the prints of John Flaxman from 50 years earlier, accurately naming it ‘Old Greek’. The body isn’t expensive, being a thick white earthenware, and the printing process meant unskilled workers could apply the finely detailed designs quickly as a transfer – and then background would simply be coloured in with black glaze. The result was a pleasing ‘classic’ design, faithful to the ancient Greek aesthetics – produced cheaply, sold for a bargain price, and very popular for a long time. If you check below you’ll see the prices are still very tempting!

Later on, they allowed the Shropshire firm Maw & Co to print the designs. Best known for tiles, this large firm had the ability to produce vast quantities of the design, which continued for many decades, well into the 20th century. As a result, we see a lot of these pieces that were imported into Australia 1900-1920 as useful, decorative wares. These later pieces are easily identified by the rather splendid large ‘Discus Thrower’ mark printed beneath most pieces.

These interesting but inexpensive earthenwares come in a large number of shapes & sizes, from teapots to ashtrays. The ‘Old Greek’ designs clearly illustrate the idea of ‘mass produced culture’, which seems to have been extremely popular in Australia at the time, being so far away from the European cultural centers with their classical past. Our ancestors enjoyed a bit of Classicism around the house – and so do we still today!