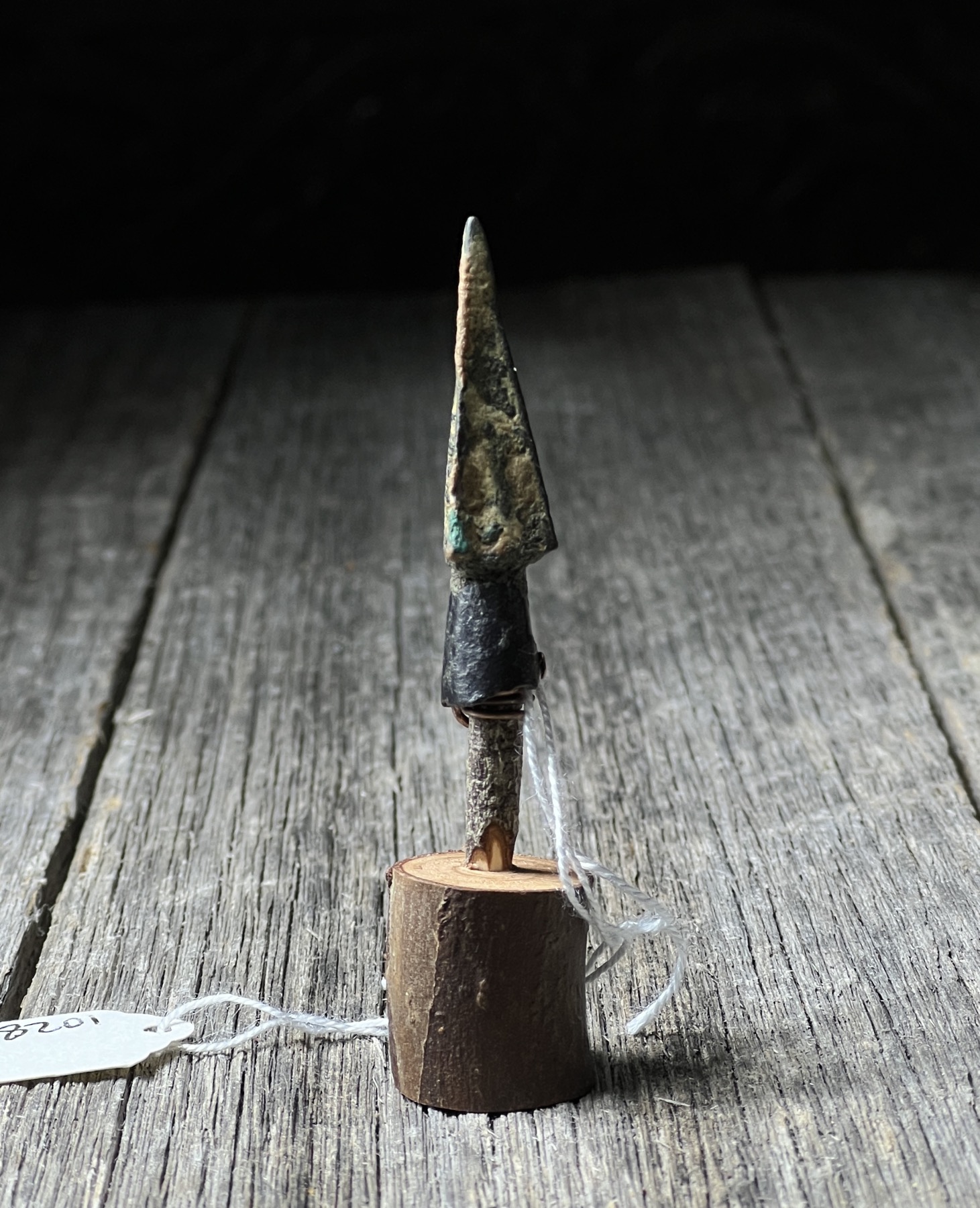 These triangular arrowheads with long socket are particular to the Parthian Empire – the ancient ‘Persians’. Starting in the mid-1st century BC, the Roman and Persian worlds collided – resulting in conflict between the cultures for 800 years, the Roman-Persian Wars. While the places they fought contain these arrowheads and others, the longer socket prove a Persian origin: the Romans made theirs with a very small, or no socket.