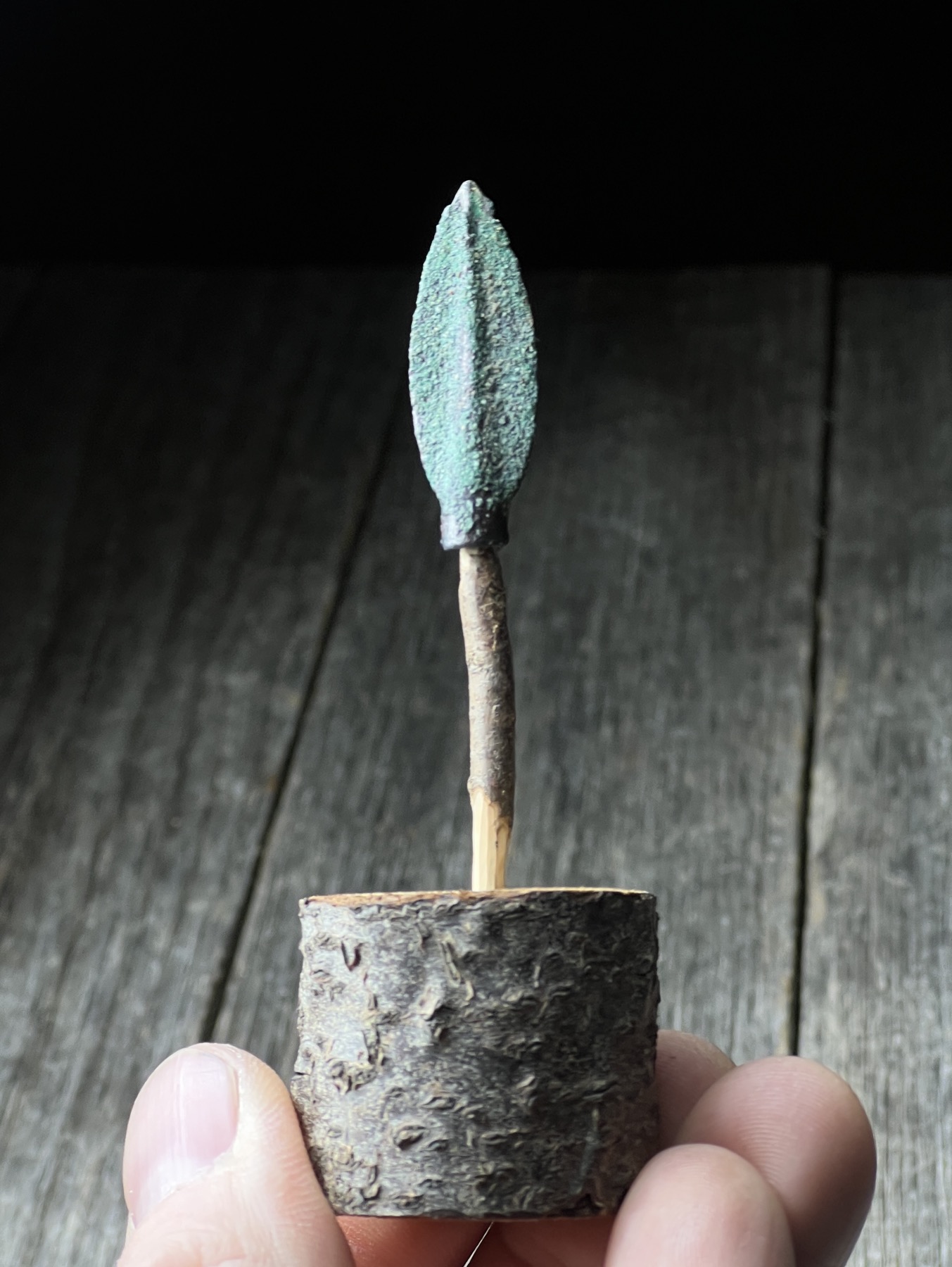 Petrie excavated his pieces from forts known to have been garrisoned by Greeks in the Saite Period, 26th Dynasty.

In the 1980’s, almost identical arrowheads were excavated at the New Kingdom fortress of Migdol, the last fortress outpost on the ‘Ways-of-Horus’ highway that linked Egypt with Canaan. It was an immense fort, with quantities of pottery & metal work being found. The pottery included an abundance of east Mediterranean Greek wares, as well as other Levantine products. The evidence of metal working on the site, and the Greek pottery, allowed the researchers to conclude that the fort was garrisoned by Greek mercenaries – something that is referred to in the historical writings of the period.
The assemblage of materials allowed a date of late 7th century construction, and a destruction by fire in the late 6th century BC, which links nicely with well documented region-wide destruction attributed to Cambyses II, the second King of Kings of the Achaemenid Empire from 530 to 522 BC. He was the son and successor of Cyrus the Great.

Jeremiah referred to Migdol (Jeremiah 44:1) in its near-geographical relation to Tahpanhes and Memphis, the Egyptian cities where the Jewish people settled after the Siege of Jerusalem (587 BC).

Sold - let us find you another