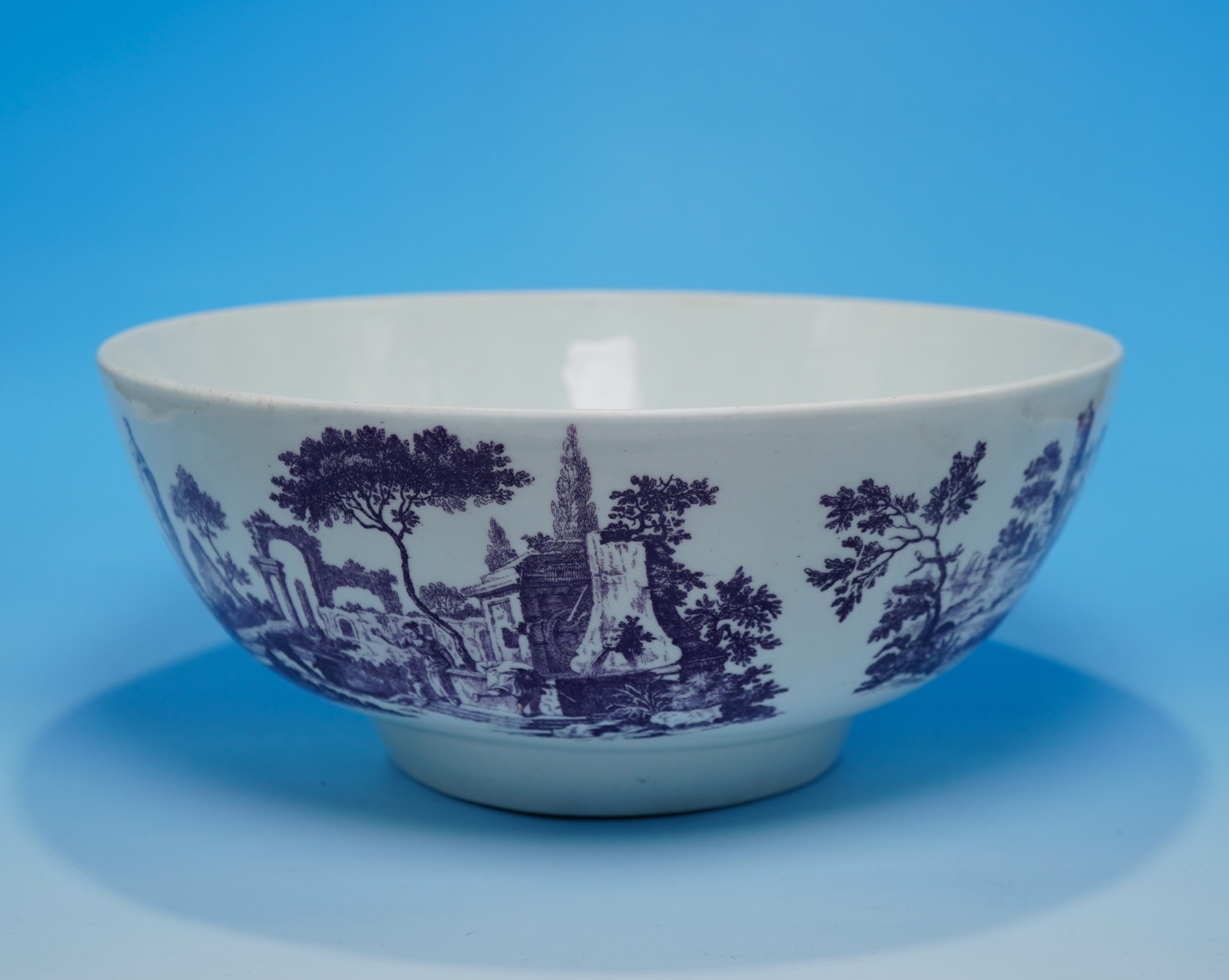 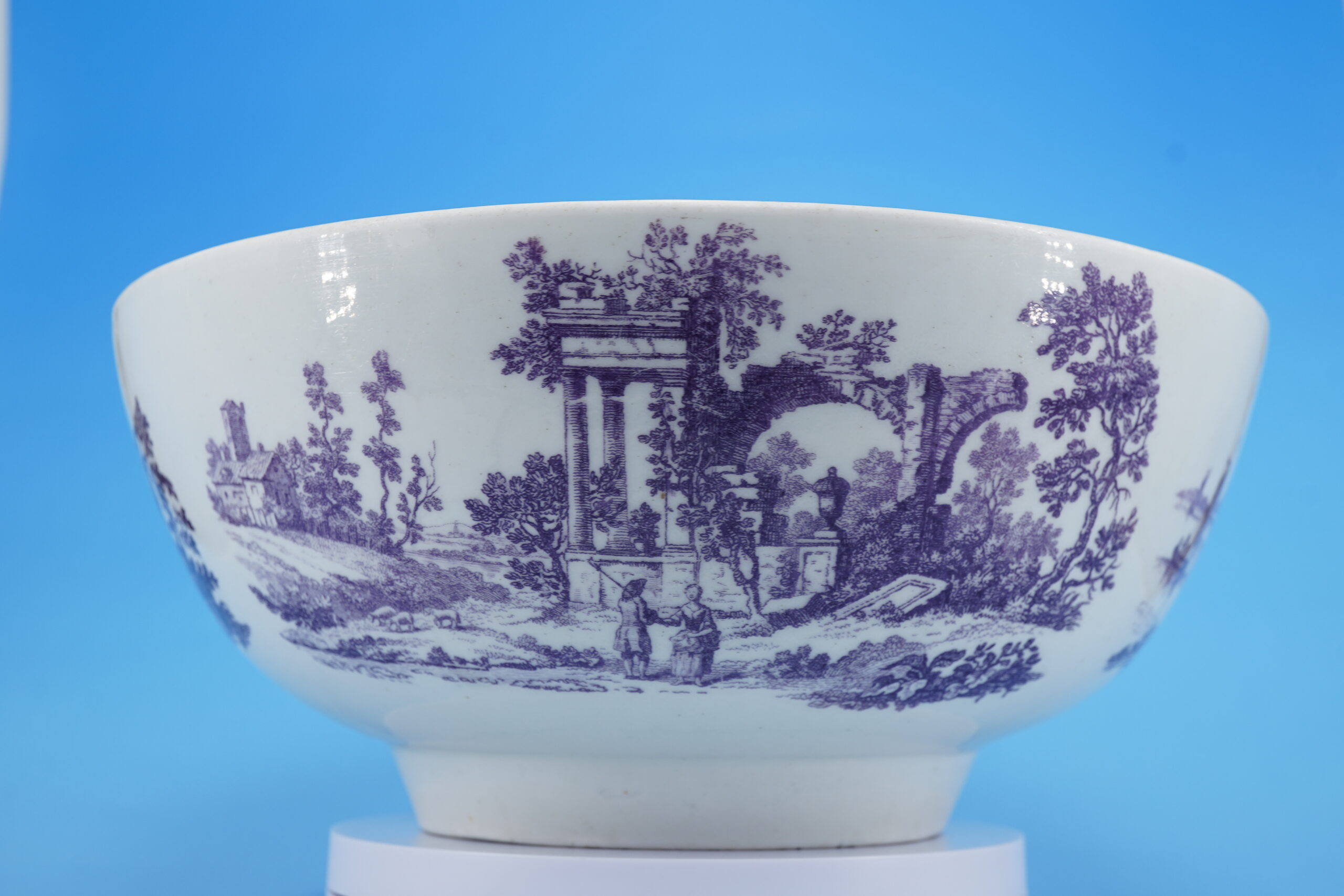 Large Worcester punch bowl with Hancock prints in Lilac, circa 1760

Impressive large Worcester punch bowl, printed in ‘Lilac’ with four well executed landscapes by Robert Hancock, including The Three Sailors, Shepherd and Shepherdess, The Ruin by the Cliff and The Fountain.

This large punch bowl, printed in lilac with ruins engraved by Robert Hancock, is the same as the example in the Victoria and Albert Museum in London, (Museum No. c. 346-1940). It has four engravings on the exterior which have been executed with great delicacy
and express the fluidity and charm of Hancocks talent. Each of the prints displays fine perspective and composition which draws the viewer further into the picture. The four engravings, which are illustrated in the supplement to The “Life and Work of Robert Hancock’ by Cyril Cook are, The Three Sailors, Shepherd and Shepherdess, The Ruin by the Cliff and The Fountain. The Three Sailors: A lake-side scene shows a man with a basket, fishing in the centre foreground. To the left three men in a boat are in full sail, and, along the bank in the background, a group of buildings in which a domed tower surmounted by a pigeon-cote is a prominent feature. Shepherd and Shepherdess: This design shows a shepherd with a crook on his shoulder talking to a shepherdess in a hollow in front of an urn on a pedestal, and the arched and pillared ruin of a classical building. Three sheep are grazing nearby to the left with a farm building amid trees in the background. The Ruin by the Cliff: design depicting a man and woman seated in front of a
ruined building on a cliff overlooking the sea, with ships on the sea in the distance. Only the tower of the building, a porch and a very high arch remain standing. The scene is framed with trees. The Ruin by the Cliff was found in modified form on a copper plate at Coalport by Jewett in 1862. The Fountain: A composition in Italian style shows a formal lion’s head fountain with a walled pool in a garden of classical ruins, statuary and trees. A man is drinking from the fountain while a woman with upraised arm stands beside it, with a second man sitting on the steps nearby. The print of The Fountain contains two elements taken from an oil painting by Giovanni Paolo Panini at the National Gallery, London: the pyramid (mausoleum) of Caius Cestius and the statue at the left side of the painting. Hancock probably copied an engraving of this painting.