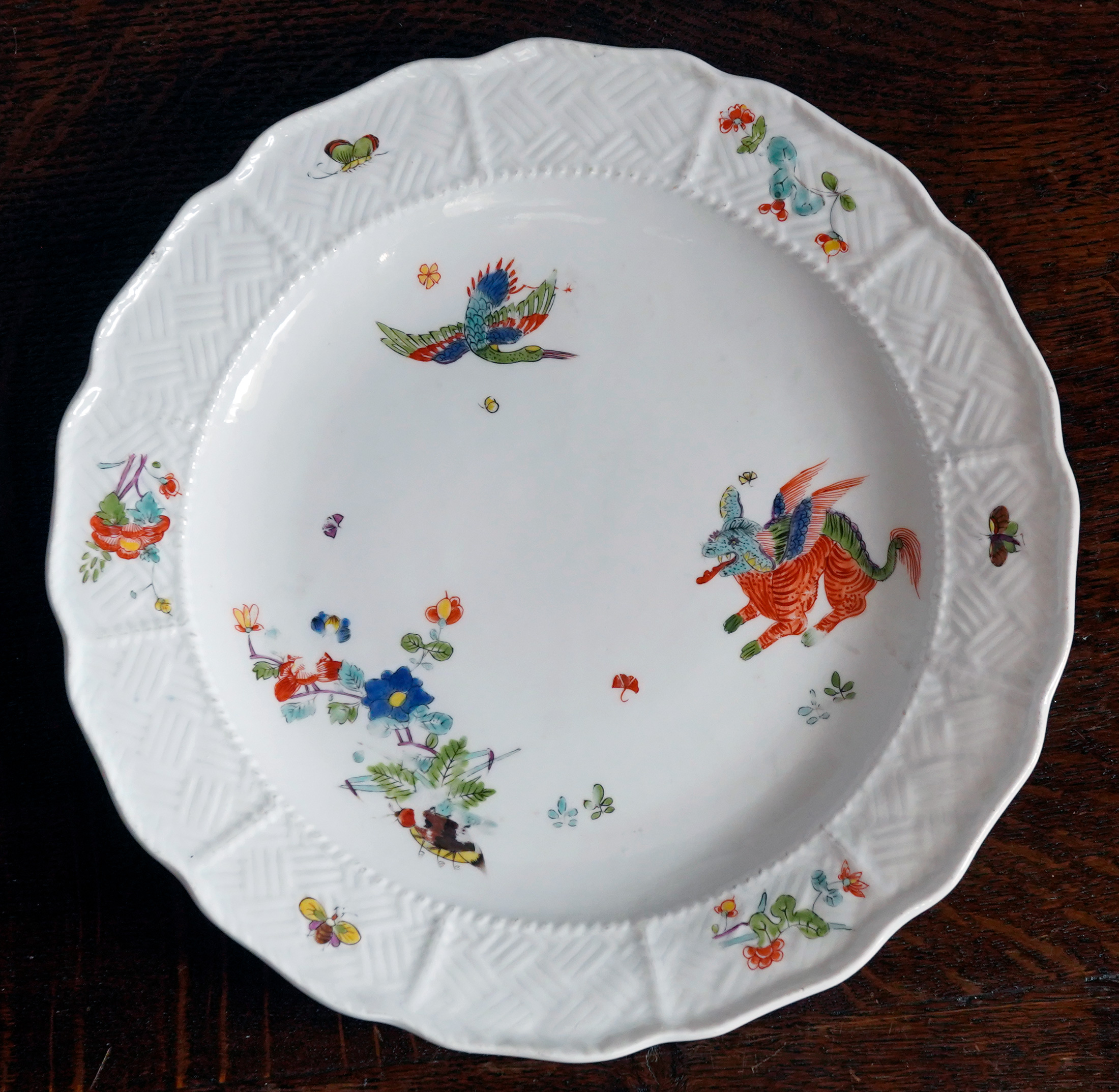 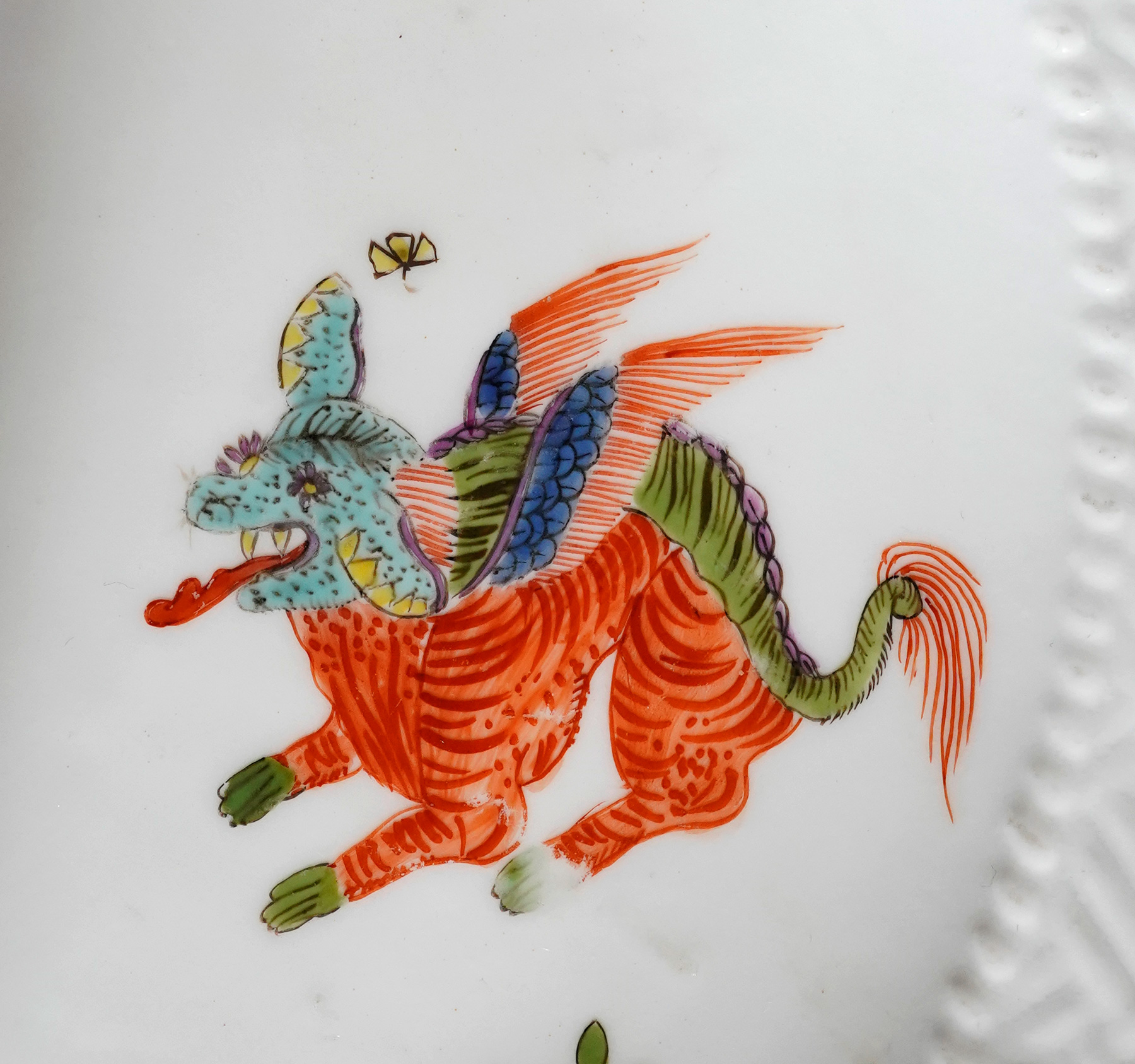 Meissen plate, with Sulkowsky moulded basket-weave border, painted in the Kakiemon manner with the ‘Korean Lion’ pattern, with the winged creature to one side, vegetation and a large beetle to the other, a crane flying overhead, the border panels with alternating insects and flower sprigs.

This is a superb example of Meissen’s early production, dating to the mid-1730’s. It lacks a ‘pressnumeren’, or the impressed number identifying the workman responsible for making the piece, indicating an earlier 1730’s date, as this becomes standard by the latter 1730’s.
The pattern is a Meissen invention, borrowing from Japanese Kakiemon imports of the late 18th/early 19th century, but re-interpreted by the factory artists. The ‘Lion’ is sometimes mistaken for a dragon, or a ch’i-lin, but ‘Korean Lion’ has become the established description – although why ‘Korean’ is unexplained….

The Sulkowski ‘Ozier’ (basketweave) moulded border is regarded as the work of Kaendler, developed by him for the famous Sulkowski service in 1735.