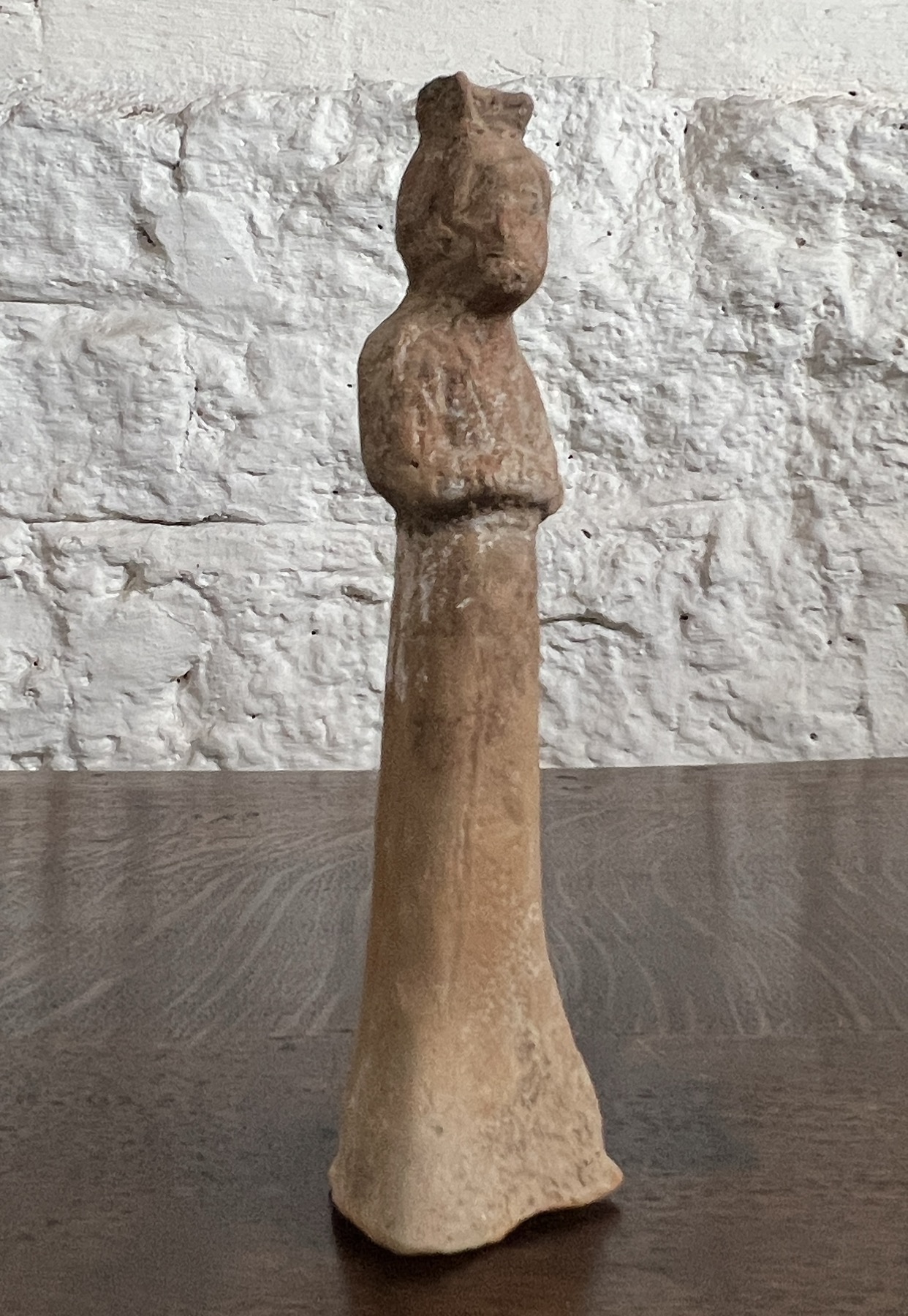 Signs of original white paint, the present surface stable but dusty, other signs of age & burial with some dirt remaining inside. Some original kiln damages, face indistinct. No restoration.

These terracotta figures were mould-made in large quantities when a notable person died in Tang Dynasty China. Their purpose was to firstly be displayed in the funeral procession – the quantity showing the importance of the recently departed – and then being placed in the tomb where they were to serve the departed in the afterlife. They have survived in vast numbers, and are perhaps the most common of ancient Chinese artifacts from the Han through to the Ming Dynasty. After the Ming the practice declined, although there is an echo in the current funerary practice of burning models of every-day items such as money & mobile phones….