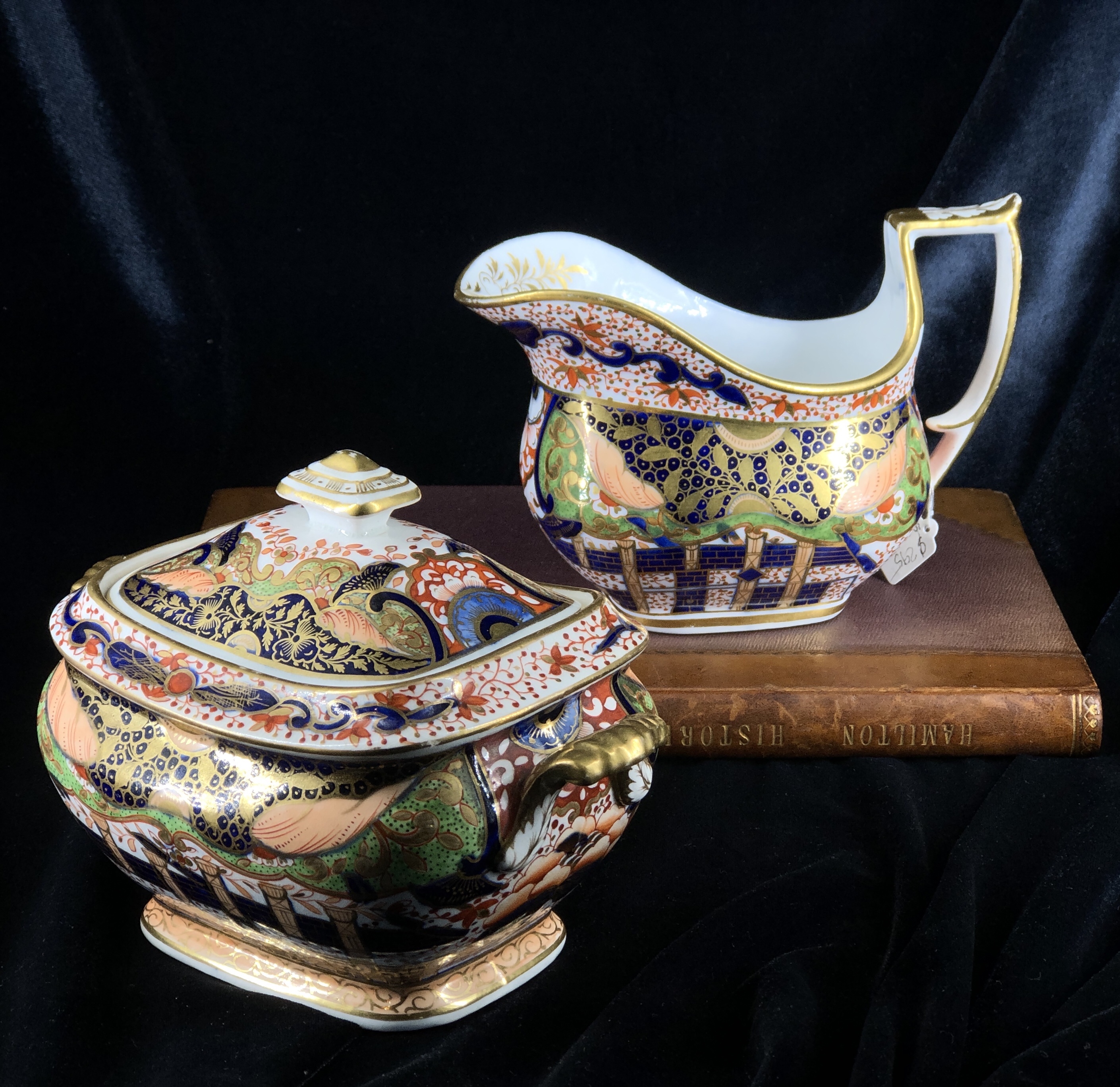 An interesting case of re-attribution.

We had a fine couple of Imari pieces put out in a recent ‘Fresh Stock Tuesday’ release, catalogued as Ridgway. Thanks to a keen collector online, and their nicely worded email (“I think there might be a mistake….”) – we now have a re-attribution, and an interesting story to go with it.

Our attribution came via the jug, which shares the pattern & pattern number mark with a sucrier. Slight differences in the pattern suggest different hands – probably different years – but both collected by the same Australian collector, who had an eye for lush Imari.

The jug was found in Berthoud’s ‘Cabinet of Creamers’ (p102 – pl. 609) where it conforms nicely to Ridgway circa 1812, the lower handle spur being distinctive, and having a flare to the top thumb rest. If we look at the Coalport example a few pages before (592 & 594) we see they have weak little spurs, and a flatter thumb rest…..  another John Rose Coalport, pl 588, has the same issues. Ridgway seems a good attribution – and as the pattern number is the same on the sucrier, Ridgway seems good for both.

And then along comes the email…. stimulating a re-evaluation. Our lovely contact has given a reference to Geoffrey Godden’s ‘Coalport & Coalbrookdale Porcelains’, and there the mystery deepens. Illustration 69 is the same pattern – and he illustrates examples of it alongside the original John Rose Coalport pattern book, from which the painters sourced their designs…. irrefutable proof, as each of our pieces has the correct pattern number, ‘597’.

But we still have a non-conforming jug handle, according to Berthoud – and the sucrier to explain. On the next page of Godden is an illustration of a Anstice, Horton & Rose teaset – with the exact handle profile!
Tis the other Rose…. in an interesting twist, while John Rose had a porcelain factory on one bank of the canal at Coalport, his younger brother Thomas ran one on the opposite side ( partnered with Anstice & Horton) for several years! Much confusion results, with patterns and shapes being copied by both…. so a piece without a number can be impossible to place. Both of ours have John’s numbers, meaning they have to be John’s production – and yet, here it is, on a piece considered to be Thomas’s variation of handle shape.

The Sucrier is perfect for John Rose, and bears his pattern number. Why is the same number on the jug? Perhaps the simplest answer is the correct one – John decorated a piece of Thomas’s production with his own numbered pattern. Was he one jug short for a tea service, and sent a boy over the canal to obtain one from his brother?

The other possibility revolves around the origins of the Coalport works, and the short life of the Anstice, Horton & Rose partnership.

John Rose is best know, beginning as an apprentice at the 18th century softpaste works of Caughley, not far as the crow flies from the Iron Bridge Gorge location of the Coalport works. He left (and later bought it up!) and set up the first Coalport works in 1792, alongside the newly opened Coalport Canal. This canal was a part of the huge network, the preferred method for industry to transport both raw products and the finished goods throughout England. The Coalport Canal was perfect for bringing in the clay and coal, and then safely transporting the fragile products to the markets in the big cities.

A few years later, his younger brother Thomas sets up a porcelain factory on the opposite side of the canal. This is running by 1800, and made porcelains in exactly the same manner, and of the same quality as his brother. It must have been an interesting situation separated only by the canal….! While Thomas remains, there were a couple of partner changes – ie the money behind the costly business of porcelain manufacturing comes & goes – then in 1814, during the economic turmoil of the Napoleonic Wars, it all collapsed, debts were called in and his works is offered for sale. Unsurprisingly, his brother John – just over the canal – is the purchaser.

So the other solution to our mysterious jug revolves around the absorption of Thomas’s works by John. The jug was probably an undecorated white piece in 1814, and shortly after Thomas closed his works, made its way across the canal to be decorated by John’s artists.
How does ‘Circa 1815’ sound? Perfect! 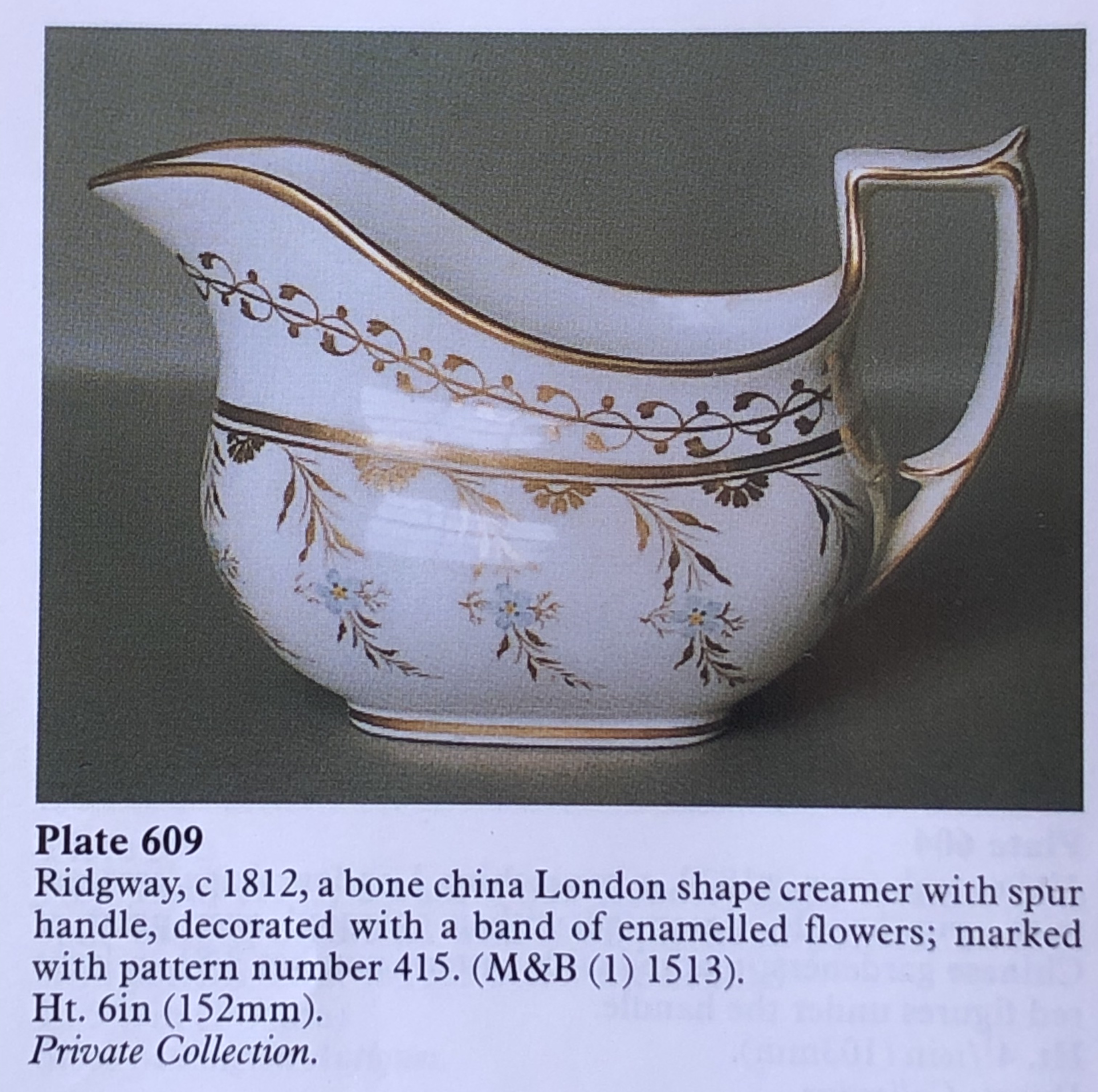 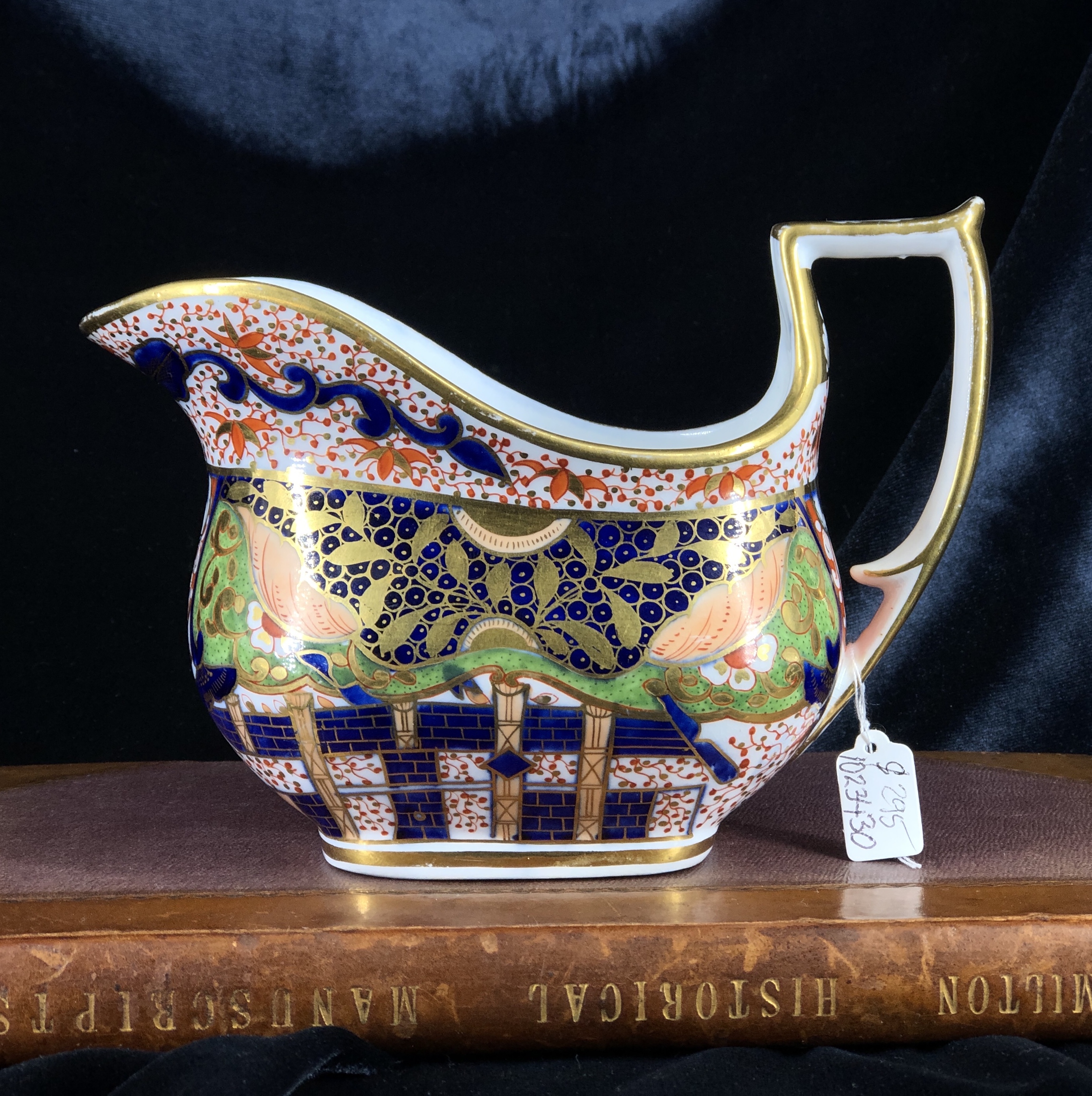 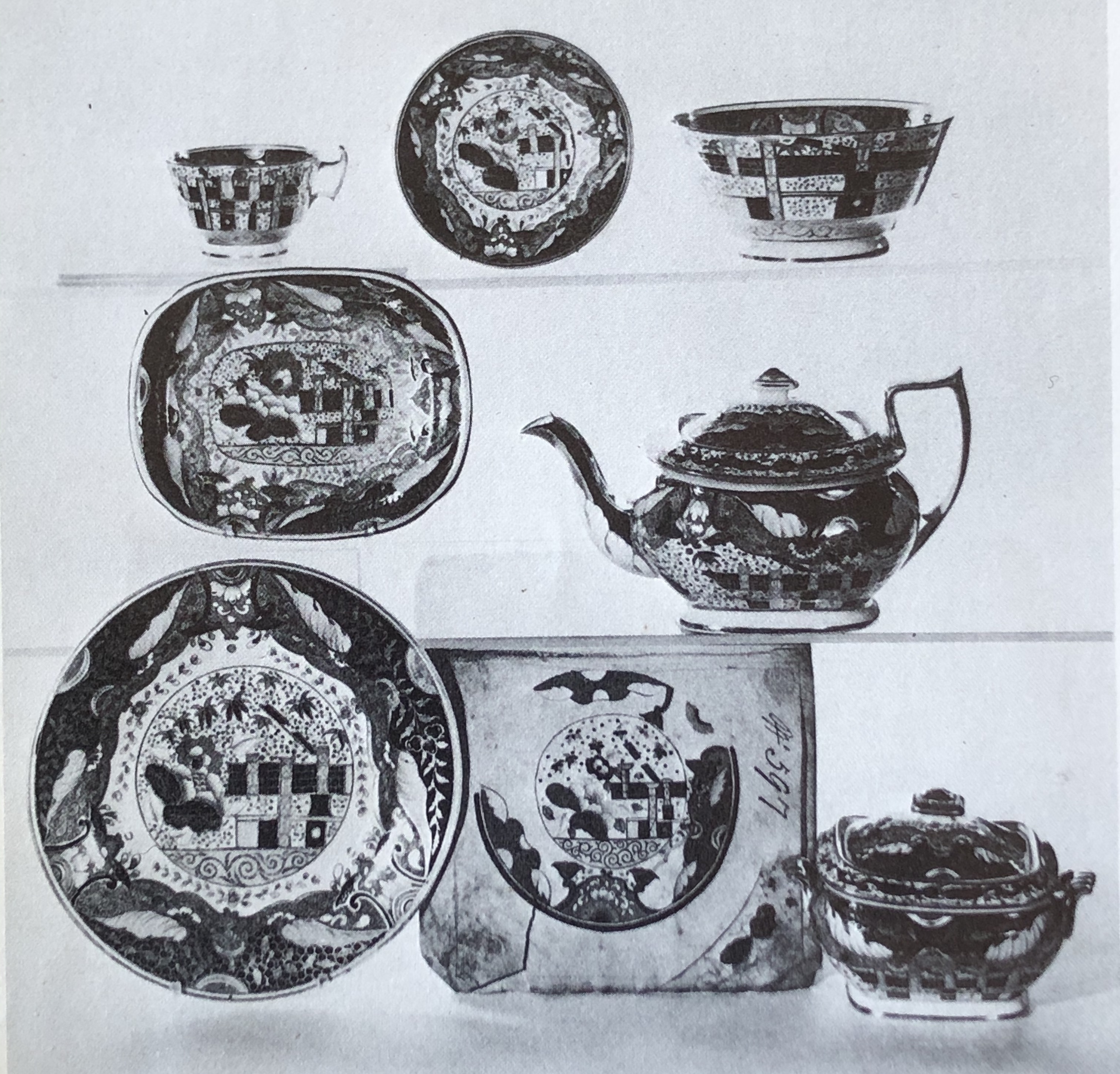 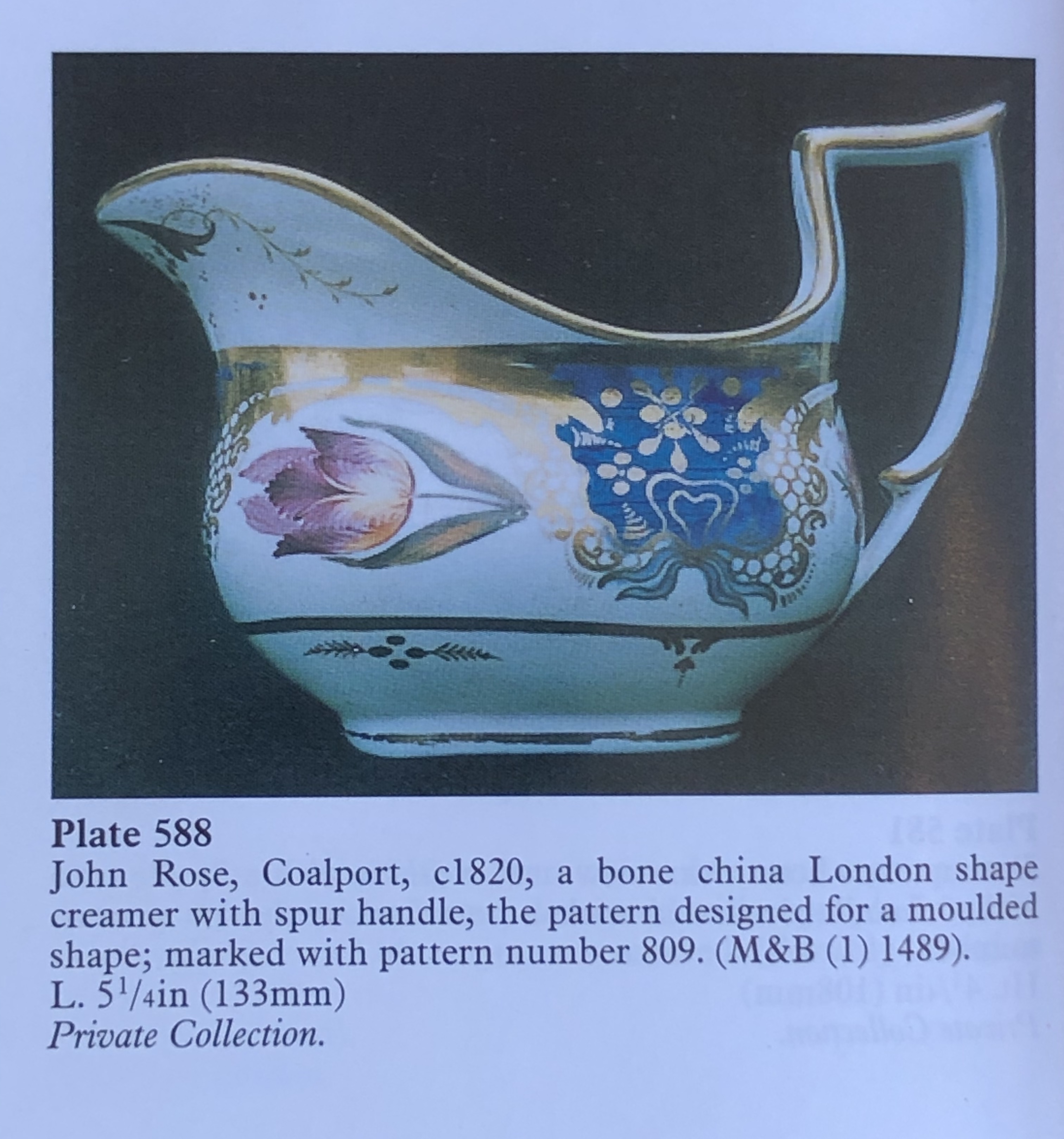 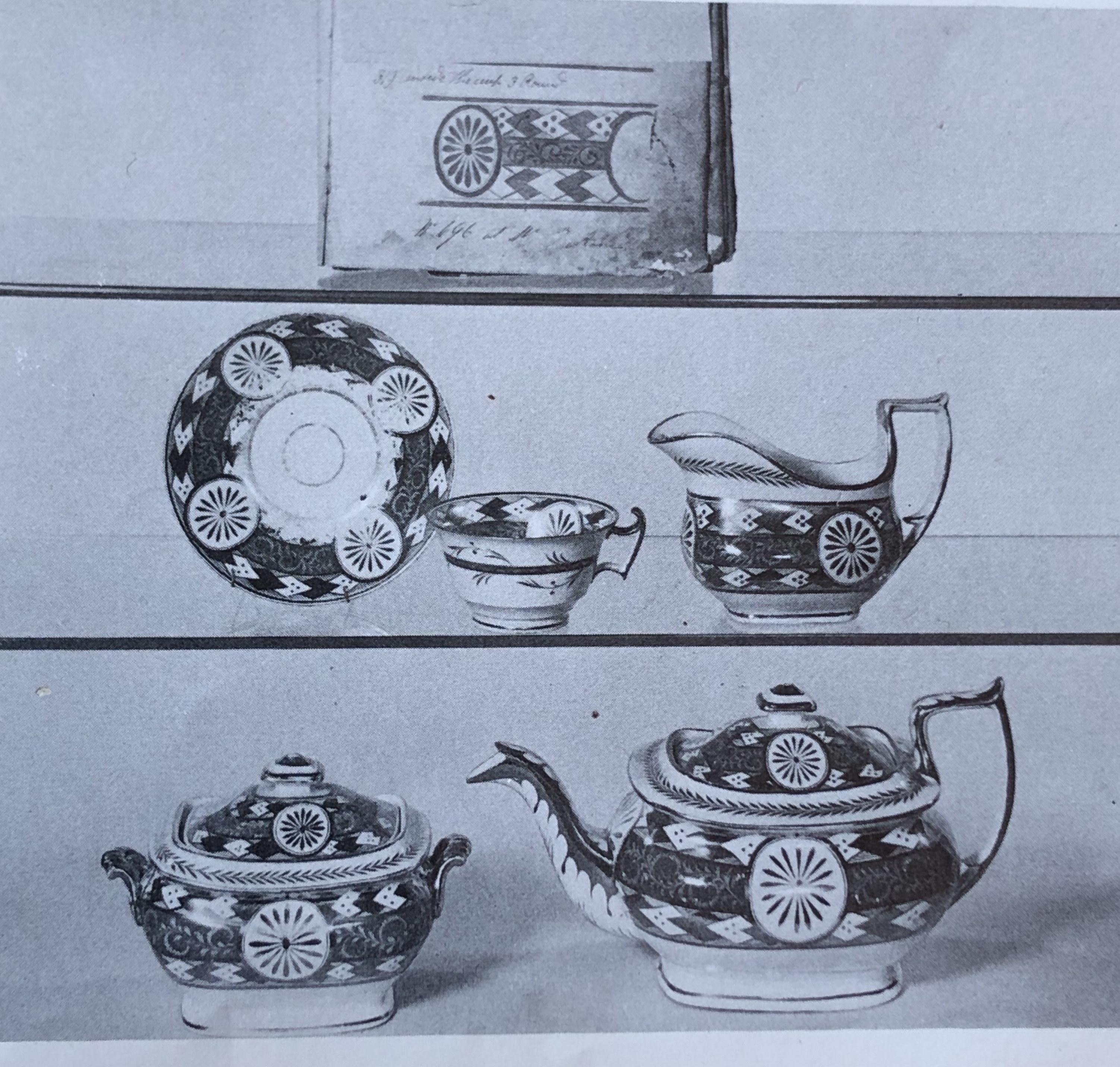 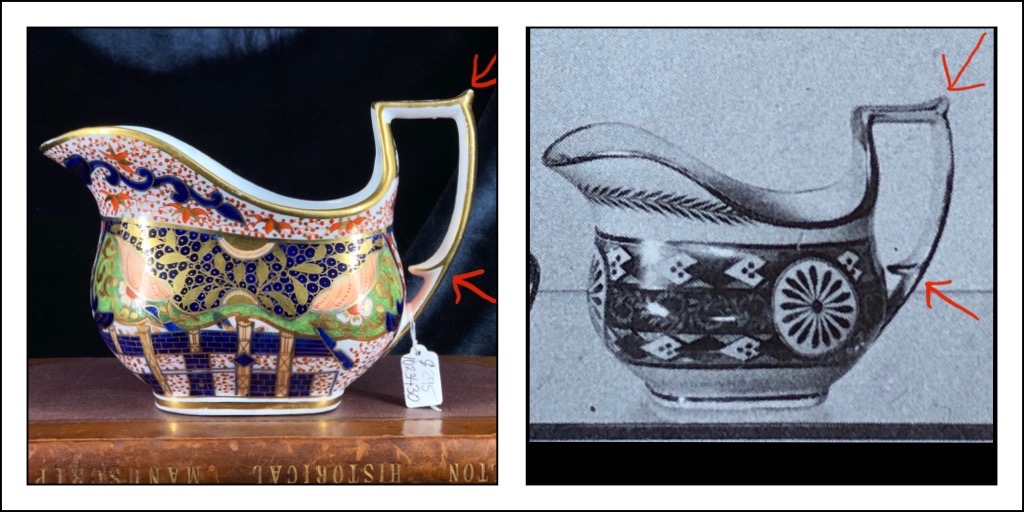 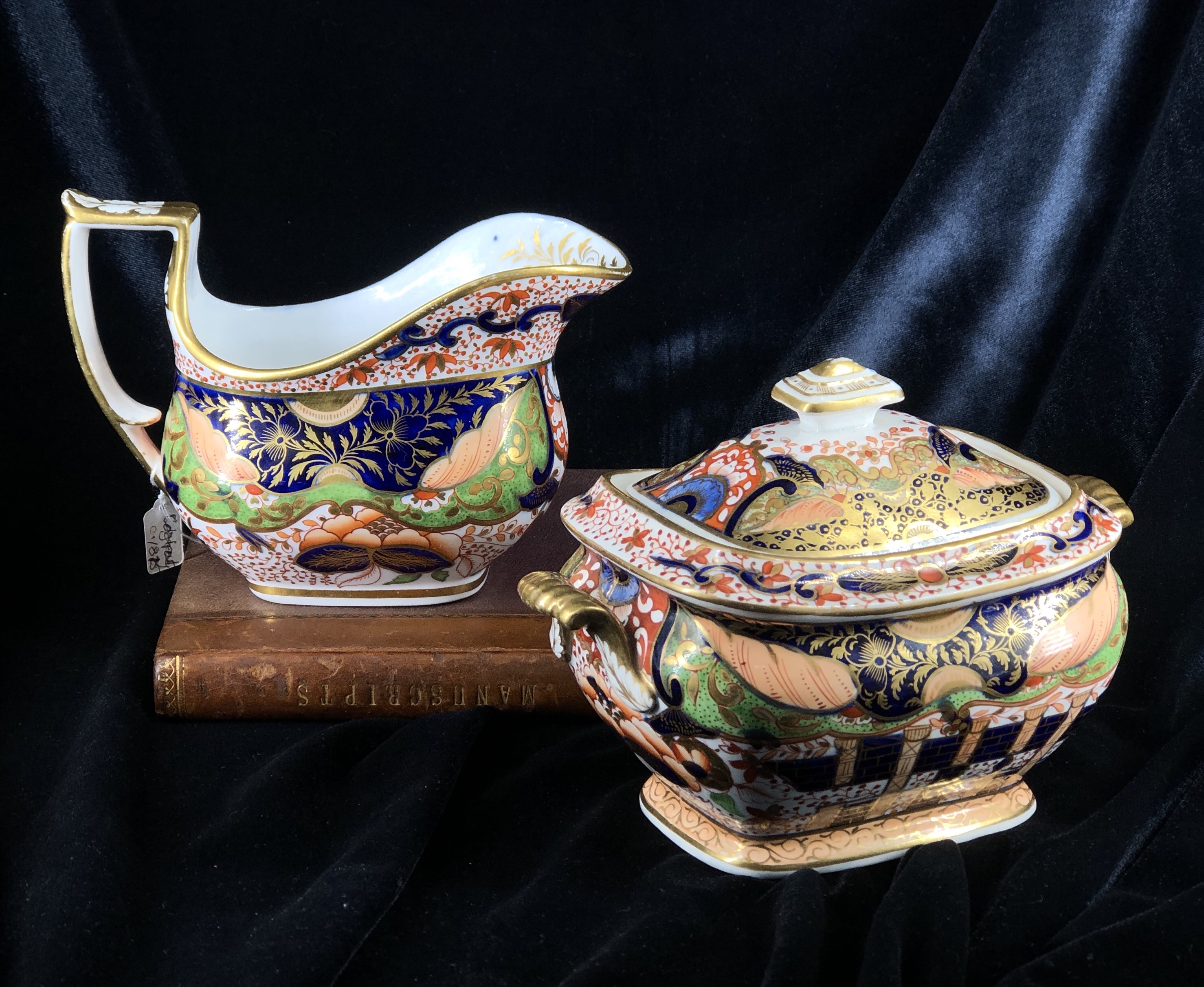 While I have called this post the ‘War of the Roses’, there is no indication there was outright conflict; rather, the market seems to have been big enough for both brothers to provide very similar goods: perhaps sharing the workload for big orders. When economic uncertainty caused a drop in sales, only John survived. They did use different ‘pattern books’, and while Thomas’s has disappeared, we do have one of John’s, full of wonderful patterns to be painted onto porcelain. Amongst these designs are some contemporary notes, referring the reader to the ‘other Rose’: pattern 319 in John Rose’s book for example bears the note “No. 696 at Mr. T. Roses’.

We do try to be as accurate as possible – but as shown above, things can slip through. If you notice something, please send us a note!

Our prices for USA are currently around 40% less than the $Aust. price used on this website....

We are still open online & can ship world-wide.